Dracula 3 – The Path of the Dragon 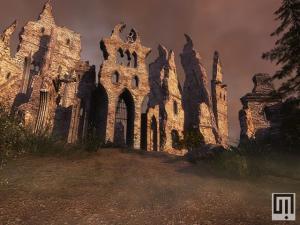 Just to get it out of the way, “The Path of the Dragon” sounds like a Bruce Lee film, not a vampire game. “The dragon” in this case is Dracula himself and “the Path” is the way to find him. To put it simply. Some people might call it the Path to Immortality, but whatever.

The interface (I think that’s what it is called) is very similar to the first two games. But happily, there is also an “objectives” feature to which a player can refer so that she is not required to cheat quite so much. The player-character also gives more hints for things like, “I’d better call the bishop now” so I wasn’t wandering around trying to figure out how to get to the next stage.

While the second Dracula game was a sequel to the first – which featured the Harkers of the Stoker novel, this third game calls the Stoker novel fiction. It does, however, speculate on the extent to which the fiction is based on reality (or game-reality as it may be). It calls Stoker on the obvious – if everyone from whom Dracula drinks became a vampire, why aren’t we are world peopled with vampires?

The PC is a priest sent to Transylvania to investigate whether a local doctor should be canonized. It is 1920 and the town was left in ruins after the war. And, of course, one of those ruins is the castle of Vlad Tepes (as pictured). The original investigation is quickly resolved when the PC discovers the doctor was fighting vampires. But now the Vatican wants an investigation into the existence of vampires. You know, to prove that they don’t.

So the story was good with the usual quirky characters and betrayals. I wish there had been better continuity with the landscape of the previous games. In the castle, for example, I didn’t recognize anything and it would have cool if I had.

I liked that you don’t actually see Dracula until the end. I like that the PC is dealing with science and history and actual people screwing with him for most of the way. Traditionally, Dracula’s minions just freak me out. But when that confrontation happens…well first, the character of Dracula is nothing like he was in the previous games. And he actually has blood on his face. His voice is all wrong and his wording seemed off.

I found the puzzles tiresome, so that’s where I did most of my cheating. One was so annoying, even with the cheat, that I thought I might quit so I read ahead to see if it was worth continuing. Unfortunately, I read how to win the game when I might have figured it out myself.

I liked that when something killed the character, the game sent you back to try again. There was only one time where it didn’t help – I had to reload because I messed up something before the return point.

Overall, it was decent. But I’m looking forward to getting back to the Agatha Christie games.

← Once a Year
Storm Defender →