Three weeks ago, when we adopted him, Gibbs was ten weeks old and weighed seven pounds.  At 13 weeks, he is 12.2 pounds.  Is there a metric for how big he is going to get? 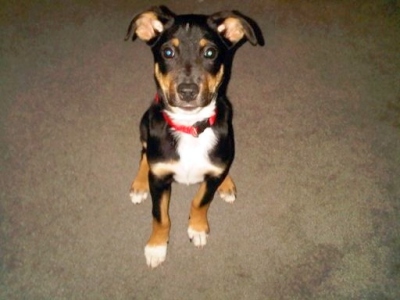 He is not entirely house trained, but does well at night in his crate.  He has learned to go up and down the stairs.  Except at 2 a.m. when I know he has to go outside and he doesn’t want to get up.  He stretches and yawns rather dramatically.

He has about one encounter each day with Spooky the Cat.  The best we can say about that is that he is still alive.  He has taken bites – no blood was found – from each of the birds and now stays away from them.

He has made up an agility course in the backyard, made up of bushes against the side of the house.  This was all fine and good until he learned that if he went deep enough into the bushes, it was really hard for people to grab him.  He is unbelievably fast.  And smart.  He knows that he can out run me, but also that he will get tired before I will.  So there is a timer in his head that tells him exactly how long he will have to go before he has chewed and swallowed whatever it is I don’t want him to have.

He has three weeks to go before his immunizations are complete and I can start taking him to a training class.  I’d better start looking for one. 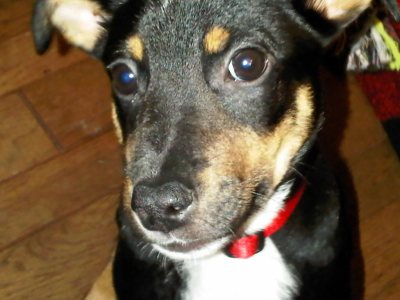 2 Comments on “Gibbs – After Three Weeks”