Alex’s mom and sister were out of town today, so Scott decided that this would be a good time to try to get Alex to eat Chinese food. Didn’t fly. He asked if he could eat carrots.

Before lunch, we played his football game. Actually, it was more like toy soldiers on a football field. There were red guys and blue guys. I take some blue guys and just as I am figuring out that I can’t teach him to line up an empty set because there are only two wide receivers, he tells me that first we have to “Say all their names”

He wanted to introduce them, like at the start of the game.

Me: “OK, but I am getting my camera. I am so blogging this.”

I do not, in fact, know all of their names. And these figures do not have the same numbers as the Bears. And that is when Alex very patiently explained to me about pretending. OK, I’ll play along. Then I found something that resembled a linebacker and declared him Brian Urlacher.

Alex informed me that Brian Urlacher is not number 55.

As I called the names, he made sure all of the little football soldiers got high fives. When we were done, he told me to say all of the names of the ’49ers. 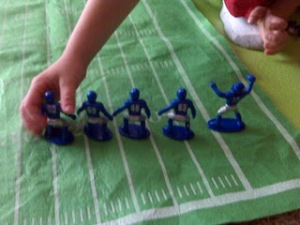 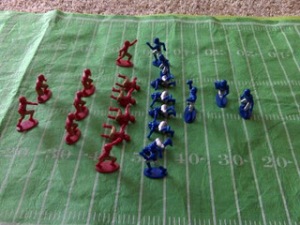 I was getting ready to declare the halfback Man in Motion when Alex knocked all of the players into a pile, swept them off the field and declared a rain delay. He rolled up the tarp, and took this picture. 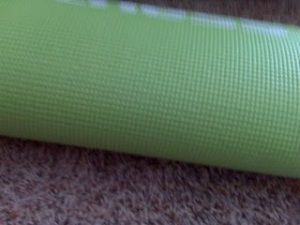 And that was all for the football. Later, I got to pull out the “I’m pretending” line when Alex hassled me for coloring Thomas the Tank Engine purple. Then he decided that he wanted to watch a DVD. He asked for the camera so that he could take a picture.

Me: Why do you need to take a picture of the DVD player?
Alex: Just in case. 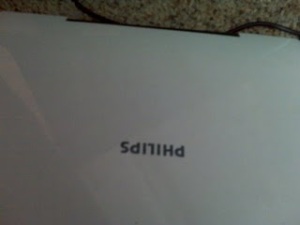